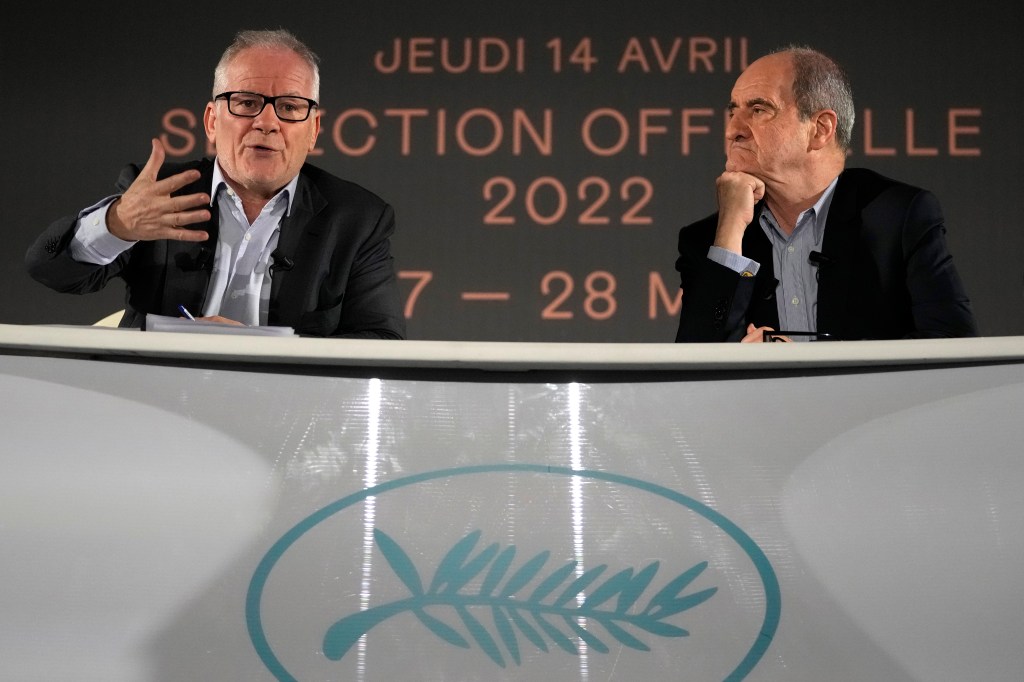 The festival not only demanded approval of the copy as a condition for interviews with Frémaux (which no other festival or organization asked of us), but after committing not to make any changes to the copy, it removed content, including Frémaux’s potentially uncomfortable responses relating to diversity and controversial filmmakers.

Last month we were in Paris following the announcement of the program to interview Frémaux on the selection and the festival more generally for our magazine Cannes Disruptors.

Following a fully friendly and interesting taped interview, I was belatedly informed by the press team about the copy approval requirement. I was told that these conditions were respected by the professional and French press, including Deadline in the past. I challenged the practice as unethical, but was told it was done primarily as a fact-checking exercise and language check.

This turned out to be wrong. Among the sections that were later toned down by the press service was a response to a question about whether the festival would welcome filmmaker Roman Polanski back. Frémaux called the question “very interesting” during our conversation and gave a measured, thought-provoking but also potentially problematic response, in which he noted that the laws have not changed in France since Polanski won the Palme d ‘Now, which implies that there would not be an ethical problem with the presence of the director.

Comments made in response to a question about the lack of female filmmakers have also been deleted.

We decided not to air the magazine interview as it was tainted.

We know that another publication that did an interview in French had full questions and answers about the lack of black directors in programming removed from their copy. The answers would not have made Frémaux or Cannes look good.

“We don’t give in to anything,” the festival manager told Another Trade last month. “The strength of Cannes is to firmly respect who we are by respecting others. We do not give in to political correctness.

So why are Frémaux’s views on thorny issues watered down and excised?

Shortly after sending our second part of the interview, we received an angry phone call from the press office claiming that the response on the controversial filmmakers had been said off the record. I explained that was not true and offered to send the audio. We no longer heard the complaint.

Nevertheless, we have been accused of pursuing clickbait and trash journalism. We were also told that we should conduct our interview in a question and answer format to avoid inserting our own commentary and it was suggested to us that the interview should not take place at all and that similar interviews would not be not possible next year. The reaction strongly denied the relaxed atmosphere of our interview with Frémaux, which did not raise any concerns during our exchange.

No journalist should allow endorsement of copy. No one in the industry should ask. We’ve dropped the ball by authorizing it with Cannes in the past (LA editors weren’t aware of the deal), but we’re told that in the few instances we did, no change significant was brought to the copy, so it was swallowed.

Why didn’t the publications talk about the practice? We know that some journalists hate it and feel diminished by it. But amid fierce competition for access, priorities can get distorted. We conducted the first part of our interview with Frémaux because the changes that were asked of us were relatively minor and because the reversal of this story was immediate. In the race to copy, we had no time to ruminate and discuss the problem with other editors, which we did when we had more time for the second article.

We have been told by a few European journalists that copy-approval is a more common practice in France and other parts of Europe than in the US and UK. Cultures and attitudes towards the press are different in each country. However, in our interactions with French and European companies over the years, copy approval has never been a condition of maintenance.

It also raises questions about the direction of the audience-supported festival. Amid so much concern in recent years about the lack of diversity within Cannes’ programming, it’s problematic for organizers to feel compelled to disguise the true thoughts of their festival leader. The fact that readers get watered down and censored answers to important industry questions short-circuits them and reflects badly on the festival as well as the publications.

A few years ago, I denounced the discriminatory practice in Cannes of women being forced to wear high heels on the red carpet. Fortunately, following a backlash from the industry, this is no longer an issue. The culture changed because it was time to change. The festival’s current imposition of copy approval and censorship seems to us to be another outdated practice that must end to ensure that journalists can do their jobs freely and that the industry is kept informed of the true thoughts and attitudes of the selector. head of the festival. Without this, there can be no proper accountability and transparency.

Seven years ago, Cannes Film Festival director Thierry Frémaux expressed his support for the Busan Film Festival which was being censored by local authorities in Korea.

“A great festival is a free festival”, said Frémaux. “Free speech” is key to ensuring greatness, he added.

The same is true of the press.