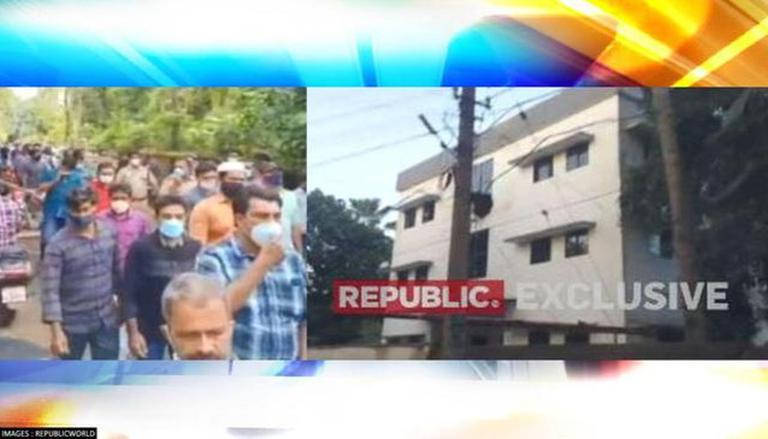 Sensational details have emerged as to why the Indian Popular Front (PFI) blocked the Kerala police raid on an office in Kollam. According to exclusive information provided by Republic Media Network sources within the police force, more than 100 people have been trained by PFI in its office in Karunagapally.

Although no weapons were recovered during the raid, sources said thick mattresses were found which were allegedly used for training. When the police arrived in the area to raid, hundreds of people gathered and started slogans against the police. Cops are also reportedly reviewing details of the protesters.

According to sources, there have been reports of suspicious movements in Karunya, the office of the charitable branch of PFI. A senior media official also claimed he was assaulted by members of the PFI.

The outfit is being scanned in an investigation into the murder of RSS worker S Sanjith in the Palakkad district. The RSS employee was assassinated on November 15. The BJP accused the Indian Social Democratic Party, which is the political wing of the PFI, of orchestrating the attack. In the midst of this, there is a national clamor to ban PFI.

Lok Sabha MP Manoj Kotak on Wednesday presented parliament with a proposal to ban PFI and Raza Academy. “What happened in Maharashtra is that Hindus were specifically targeted in Amravati, Nanded and Malegaon in a planned manner. There was no incident in Tripura that was posted on social media and according to this, minorities came to the roads and specifically targeted Hindu settlements, ”Manoj Kotak said.

Speaking to Republic, the MP added: “This was done by PFI and Raza Academy. They have done this stuff on a number of occasions, so I asked Lok Sabha today to have the incident reviewed. and that organizations be banned. ”

The minister added that if they are found guilty, strict measures will be taken. “We have all options open, including banning the organization. We will make a decision as the investigation is completed,” the minister added.

Image: Republic of the World