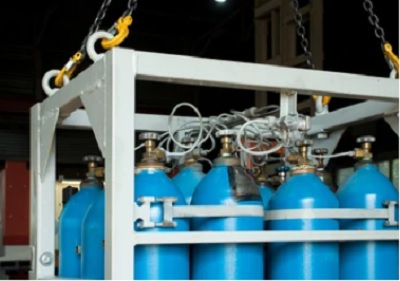 
The government decided to intervene to regulate the price of oxygen concentrators due to the recent volatility of maximum retail prices (MRP). According to information gathered by the government, the margin at the distributor level currently varies up to 198 percent.

By invoking extraordinary powers under paragraph 19 of the DPCO, 2013 in the wider public interest, the NPPA capped the markup of up to 70 percent on the Distributor Price Level (PTD) on the concentrators of oxygen. Earlier, in February 2019, the NPPA succeeded in capping the trade margin on anticancer drugs. Based on the notified trade margin, the NPPA requested manufacturers / importers to report the revised MRP within three days. The revised MRPs will be made public within one week by the NPPA.

Any retailer, merchant, hospital and institution must display the price list provided by the manufacturer on a conspicuous part of the business premises so as to be easily accessible to anyone wishing to consult it. Manufacturers / Importers who fail to comply with the revised MRP after capping the trade margin, will be required to deposit the overbilled amount along with 15% interest and penalties of up to 100% under the provisions of the Drug Ordinance (Price Control), 2013 read with Essential Commodities Act, 1955. State Drug Controllers (SDC) must monitor compliance with the order to ensure that no manufacturer, distributor, retailer will sell concentrators oxygen to a consumer at a price in excess of the revised MRP, to avoid cases of black-marketing.

The Decree is applicable until November 30, 2021, subject to revision.

Pavan Choudary, President of MTaI, said: “We are pleased to note the policy consistency in this NPPA decision to subject oxygen concentrators to Margin of Trade Rationalization (TMR). It was unfortunate to see the MRPs from these lifesaving devices explode as patients searched for oxygen. This decision will build on the success of TMR which has been brought in for cancer drugs and has saved over Rs 980 crores.

Choudary added: “While this is not quite in line with what MTaI has proposed as medical devices need larger margins, it is nonetheless a step in the right direction and will provide a reasonable margin for players. which bear the cost of innovation, fluctuations in raw materials. materials, logistics costs and even fluctuations in training and after-sales service costs, as seen recently, all paving the way for affordability for patients. Another concern is the average machines provided as free patient aids. ”

That said, given the empirical nature of politics which is steeped in data, we are confident that the government will hear us on our points and find a way that preserves the best interests of patients without compromising legitimate industry concerns.