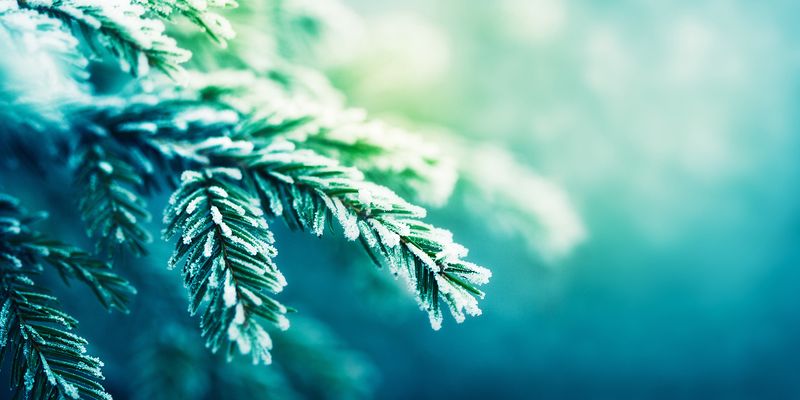 The snow that falls in the mountains is good for more than skiing, snowshoeing and breathtaking vistas. The snowpack it creates will eventually melt and this water can be used for hydroelectricity, irrigation and drinking water.

Researchers want to predict how much water we will get later in the year based on the snowpack. But in forested regions, trees impact the calculations. When falling snow is intercepted by trees, it sometimes never makes its way to the ground, and current models struggle to predict what will happen next.

To improve models and study what happens to this intercepted snow, researchers at the University of Washington (UW) created a citizen science project called Snow Spotter. Participants viewed time-lapse photos of Colorado and Washington and tagged photos taken when the trees had snow in their branches. This information provided the first insight into how snow-tree interactions might vary between climates and how this might affect predictions of summer water supply.

The team published these results in AGU Water resources research.

“We, as skiers or snow enthusiasts, know that the snow in Colorado compared to Washington is really different. But, until now, there hasn’t been an easy way to observe how those differences play out. in the canopy of the trees,” the leader said. author Cassie Lumbrazo, PhD student at UW in civil and environmental engineering. “This project uses volunteers to get hard data on these differences. Another benefit is that it introduces our volunteers to how research works and what snow hydrology is.”

There are three possible scenarios for the snow that has been taken up by the trees. It could fall to the ground as snow, adding to the current snowpack. It could be blown away and turn into water vapour, thus adding nothing to the snowpack. Or the snow could melt and drip to the ground which, depending on conditions, may or may not add to the total amount of water in the snowpack.

A current problem with mathematical models that describe these processes is that researchers do not know when – over the course of a year, how often is there snow in trees and what happens to it – and how this moment varies according to the climates.

But time-lapse cameras can record what’s happening in remote places by taking pictures every hour, every day for years, creating a huge image dataset.

This is where citizen scientists come in. Snow Spotter shows volunteers a photo, with the question: “Is there snow in the branches of the trees?” Volunteers then select ‘yes’, ‘no’, ‘I don’t know’ or ‘it’s dark’ before moving on to the next photo.

“When the project started, I don’t think anyone really knew how successful it was going to be,” said Lumbrazo, who is currently doing research in Norway through the Valle Scholarship & Scandinavian Exchange program. “But the citizen scientists were processing it so quickly that we were running out of images to classify. We’ve had feedback that this task is really relaxing. Citizen scientists can view these photos in the Zooniverse app and they can just sit on it. the sofa and click real quick.”

Each photo had between nine and 15 different volunteers to rank it, and the volunteers agreed between 95% and 98% of the time. From there, the researchers were able to piece together what the snow in the trees looked like during the year for each site.

“Our data physically shows the difference in snow,” Lumbrazo said. “You can see how the snow in Washington just becomes cemented into the canopy and never leaves, that’s what you feel when you ski on this snow. Unlike the snow in Colorado where it falls frequently, but blows. It is dry and dusty.”

The researchers used this dataset to assess current snow patterns. One limitation, however, is that at the moment the team only knows when snow is present in the trees. This method does not tell how much snow there is in the trees, another necessary element to make the models even better.

“But one limitation that doesn’t exist is the number of citizen scientists who are willing to process these images,” Lumbrazo said. “We’ve signed countless volunteer hours for the students, and they even end up having good discussions about some of the images and it becomes more of a science conversation.”

Additionally, the dataset generated by these volunteers could be used to train a machine learning algorithm to classify images in the future, the team said.

Researchers are working to expand their image dataset to include photos from around the world so they can continue to learn how different climates and precipitation patterns affect snowpack, which will also help make the models more accurate. .

Redman is a co-founder of the National Cannabis Political Party