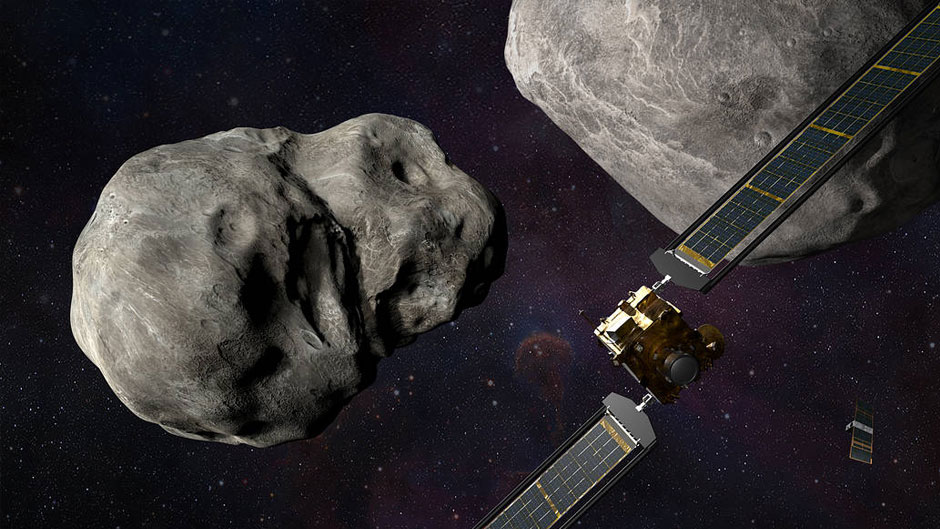 A mile-wide asteroid will make a close encounter with Earth

Traveling at 47,200 miles per hour, asteroid 7335 is the size of a small island and is expected to fly past Earth closely on May 27.


Measuring 1.1 miles in diameter, it is four times larger than the Empire State Building and as tall as Plum Island off New York. On Friday, May 27, it will make its approach to Earth, traveling 20 times faster than a speeding bullet.

No need to panic though. Asteroid 7335, as it’s officially called, will pass safely by our planet, missing Earth by about 2.5 million miles, astronomers say.

Still, it’s one of the few Near-Earth Objects, or NEOs, that NASA has called “potentially hazardous.” These objects are defined as asteroids measuring at least 460 feet in diameter and within 4.6 million kilometers of Earth’s orbit around the Sun.

NASA constantly monitors near-Earth objects like asteroid 7335, assessing any impact risk they might pose. The space agency has even launched a program, Double Asteroid Redirection Test (DART), to modify the trajectory of an asteroid. A NASA spacecraft is set for a head-on collision with the 525-foot Dimorphos in fall 2022.

“The focus of DART is both technology development and observation, in particular the testing and observation of a method of deflecting asteroids in case we ever discover an asteroid threatening Earth,” said said Lynn Sargent, research assistant and Ph.D. candidate studying aerospace and mechanical engineering at the University of Miami’s College of Engineering.

“The [NASA] satellite will be completely destroyed in this mission, but I understand they plan to keep intact [a miniaturized satellite called] a CubeSat to record data that will be deployed shortly before impact,” she explained.

Sargent and a host of other scientists will be keeping tabs on asteroid 7335, satisfying their scientific curiosity. The giant boulder won’t make another close flyby of Earth until 2055. Until then, other asteroids will undoubtedly pass past Earth.

How are they discovered? That’s the job of NASA’s Near-Earth Object Observing Program, an initiative that uses telescopes around the world to search for near-Earth objects; track them to determine their orbits; and collect data on their sizes, shapes and composition.

However, asteroid hunting is not just the work of NASA scientists. “Asteroid detection and observation is done all the time by amateur astronomers,” said Josh Gundersen, a professor of physics at the University of Miami’s College of Arts and Sciences, whose research interests extend to our own galaxy. , the Milky Way, to the cosmos. and the Big Bang.

“Although asteroid 7335 was first detected by a professional astronomer using a very large telescope, it usually doesn’t have to be. Someone with a standard eight-inch telescope equipped with a CCD camera observing from a decent site like the Everglades can observe a large number of asteroids,” he explained.

Alessandro Peca, a Ph.D. student in physics and astronomy, answers some questions about asteroids, from their origins to their differences with comets and meteors.

What are asteroids and where do they come from?

Asteroids are large, rocky metallic objects that orbit the sun. They are too small to be considered planets, but they are sometimes called minor planets. They are remnants, remnants of the formation of our solar system. About 4.6 billion years ago, our solar system was made up of gas and dust. When the sun was born in the middle of this dust, planets began to form around it by accumulating gas and dust around the sun. Asteroids are remnants of this process.

What is the difference between asteroids, comets and meteors?

The difference between meteoroids and asteroids is the size. Objects smaller than a meter are meteoroids – meteor is an old term – while larger objects are called asteroids. A comet is also a rocky object, but it usually has a bright tail, due to the sublimation of the ice on the surface of the comet.

Asteroid 7335, which measures about 1.1 miles in diameter, will miss Earth by nearly 2.5 million miles, or about 10 times the average distance between Earth and the Moon. As such, why is it considered a near-Earth object that is “potentially dangerous”?

Astronomical distances are not something we have to deal with every day. For example, the size of our solar system is about 100,000 times the distance from the Sun to Earth. Therefore, it is easy to understand that the 2.5 million miles by which asteroid 7335 will miss our planet is a small distance. But it’s important to understand that when scientists classify an asteroid as “potentially dangerous,” it just means it’s best to keep an eye on.

Asteroid 7335 is moving at around 47,200 miles per hour, which is 20 times faster than a speeding bullet. How does he achieve such incredible speed?

Gas, dust, light and microscopic particles in outer space exist in concentrations too low to have a significant effect on objects in space. Thus, there is virtually no friction in space to slow moving objects. And, therefore, it is normal for objects to move at extremely high speeds. For example, the Earth’s orbital speed around the sun is approximately 67,000 miles per hour. If an object like asteroid 7335 were to hit Earth, the consequences would be problematic. But again, the chances of that happening are very low.